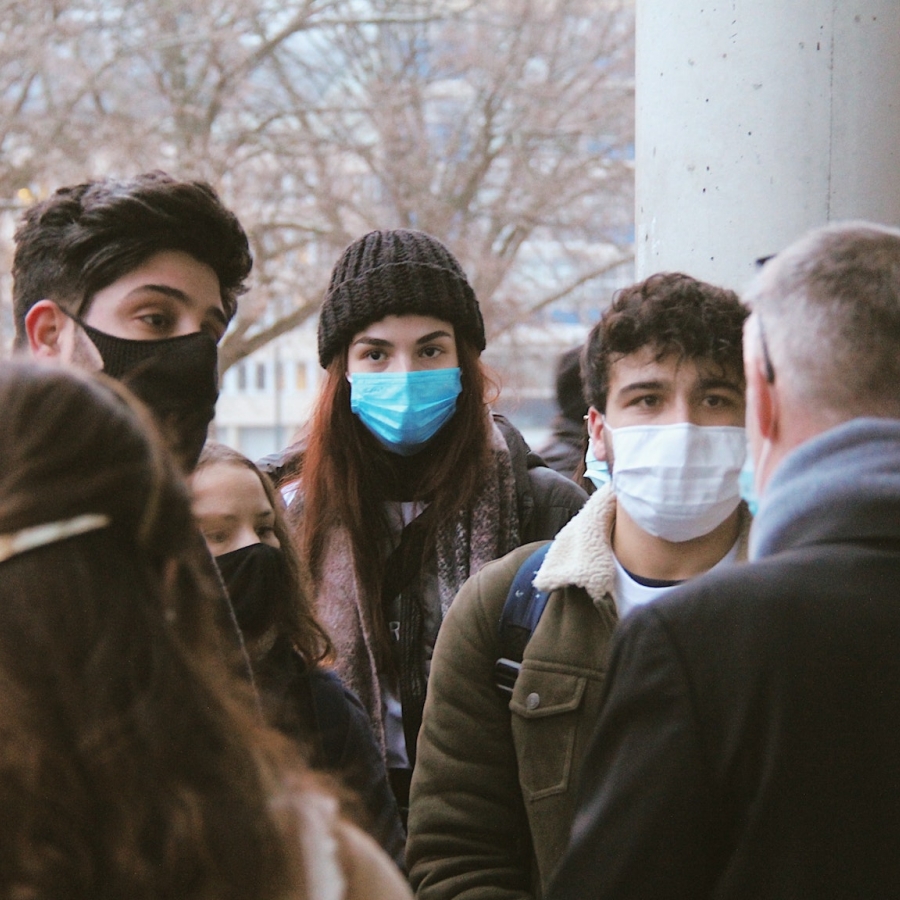 In casebook this month, virus wars, the differential footprint of the virus, the links between poverty and health revisited through the lens of foodbanks, sleeping care workers not recognised and the need to mask up for the long term. Plus in Other Stuff some exciting updates on wider progress on key issues by the National Centre.

These vaccine wars put us all in a bad light. This is a truly global problem and I think overcoming it needs a strong case of “jaw,jaw” or nuanced from that famous saying “jab, jab’! Rural England plays host to some of the most vulnerable and frail people in the country and they along with everyone else will suffer if we can’t cut through this combative rhetoric. This story tells us:

Boris Johnson is expected to speak to his EU counterparts this week as a row over Covid vaccine supplies continues.

EU leaders will hold a virtual meeting on Thursday to discuss a ban on Oxford-AstraZeneca vaccine exports to the UK - but the PM aims to put the UK's case in one-on-one phone calls before that.

The European Commission president says the EU can "forbid" vaccines made on the continent being sent to the UK.

The latest flashpoint appears to be over doses made in a Dutch factory.

The dispute over vaccine exports from the EU and a potential ban comes after European leaders have faced criticism for the slow pace of the vaccine rollout on the continent.

British-Swedish manufacturer AstraZeneca said the fact that EU contracts were signed later than with the UK caused problems with supplying their vaccine.

Downing Street has previously said that it does not believe that vaccine supply issues will affect the current road map for easing lockdown restrictions or the targets for administering jabs.

But the Guardian says a report by data analysts Airfinity suggests that if an export ban was applied to all vaccines - including those from Moderna and Johnson & Johnson that have yet to be deployed in the UK - it would see the offer of a first vaccine to every adult completed in late August rather than the target date of 31 July.

Why are some towns struggling to shake off Covid-19?

This story could be seen as linked typically to northern industrial towns. However in food processing centres like Spalding in Lincolnshire there is a disturbing tradition of equally high levels of the virus. This all makes me think about the importance of widening out our description of the concept of the key worker. Without these individuals I am afraid our way of life would become far less comfortable and yet their occupation puts them in harm’s way. This story tells us:

For weeks now, Covid-19 infection rates have been falling across the UK.

But there are some towns that have bucked the trend, with infections remaining stubbornly high.

This is particularly true of towns where the local economy relies on manufacturing, construction or food processing jobs - the kind of work that simply can't be done from home.

That becomes obvious on the shop floor of Owen Springs in Rotherham, where the sparks are flying.

For nearly 40 years this South Yorkshire firm has manufactured springs for cars, vans and trains.

This is labour that is hard, physical and hands-on, the red-hot metal being beaten and pressed into shape.

Nick Naylor, the managing director, says the pandemic has meant a re-think about how to keep the business going - while making sure staff stayed safe.

"This is old fashioned Sheffield metal bashing. We heat treat it and get it into shape, we can't do it separately, we do it as a team.

"It isn't something you can sit at home and do," he says.

"So we have staggered breaks and working times, we have people who have buddied up in twos who always work together.

"It has been something we've had to learn as we go along, as everybody else has, what works, what doesn't work, how to keep people safe, and anything else that has been the priority while we keep the business standing up, waiting to get on with it."

This largely urban focused story serves to remind us of the links between health and poverty. There are hidden pockets of rural deprivation where the issues profiled here are likely to be just as acute. Just not as visible.

A rise in the use of food banks and an increase in family disputes requiring mediation has been seen across most of England, according to new research that uncovers the pressures on families during the Covid crisis.

Most local councils in England have also reported increased numbers of people needing help for homelessness, with warnings that many poorer households will face “disaster” unless emergency support is extended well beyond the pandemic.

Many also saw a rise in demand for help in dealing with disputes between landlords and tenants, according to a survey by the District Councils’ Network (DCN). It has prompted concerns that the evictions ban, put in place during the pandemic and recently extended, is not giving vulnerable households complete protection.

The survey reveals that the many pressures on vulnerable households created by the pandemic are also having a knock-on impact on local authorities, many of which were nearing breaking point even before the Covid crisis emerged.

This article puts into bold relief the challenges facing those dedicated to providing care for vulnerable people overnight. It tells us, in a ruling that will affect many rural care settings:

The government is under pressure to reform care laws after the supreme court ruled that support workers on “sleep-in” shifts are not required to be paid the national minimum wage for hours when they are not awake..

The court said care workers should only be paid the national minimum wage hourly rate on sleep-in shifts when they were awake for the purposes of working.

People may need to wear face coverings and socially distance for several years until we return to normality, a leading epidemiologist has predicted.

Mary Ramsay, the head of immunisation at Public Health England, said basic measures could be in place until other countries successfully roll out jabs.

The defence secretary has not ruled out the foreign holiday ban being extended.

Dr Ramsay said restrictions such as face coverings in crowded places and social distancing had become accepted by many and still allowed the economy to function.

She said "people have got used to those lower-level restrictions now, and people can live with them, and the economy can still go on with those less severe restrictions in place".

"So I think certainly for a few years, at least until other parts of the world are as well vaccinated as we are, and the numbers have come down everywhere, that is when we may be able to go very gradually back to a more normal situation," she added.

Warning it was "very important that we do not relax too quickly", Dr Ramsay said any circulating virus would inevitably pick on those who are vulnerable.

"We have to look very carefully before any of these restrictions are lifted," she said.

The National Centre is working with a number of rural community councils, who operate through a mututal network called Cirican, to offer support at the level of local health systems to implement its new rural proofing toolkit. This was developed in partnership with Rural England. We may be able to work with you if you think this may be of interest.

Our good friend Professor John Shepherd has mapped the rural sensitive spin on the English Indices of Deprivation produced by the University of East Anglia for Lincolnshire. He is now moving on to produce maps for Devon and Norfolk. The results show a very interesting pattern of extended deep rural and coastal disadvantage. We are currently planning a seminar to review the results in more detail. If you would like more information please drop me an email.

There has been a lot of urban focused analysis of the impact of covid. We need more information about its rural implications. Our work with Nuffield has begun to surface some of the challenges and we plan a second push on this front post Easter.

The National Centre is thrilled to have just completed the agreement of a Memorandum of Understanding with the NHS Confed. The first stage of our work together will be to explore the development of a rural community of practice bringing members from both organisations together. More information to follow.

The National Centre is thrilled to announce that HEE have provided funding to enable us to enhance the rural component of their international networking. We already have significant global links, facilitated primarily by our Board Member Dr John Wyn Jones. We will be organising a number of events over the next 12 months to progress this work further.

We are making steady progress in the writing up the 13 sessions of the parliamentary inquiry held over the last 2 years. Some of it is revelatory and all of it is very gripping. It’s a pleasure as well as a big challenge to be working on all of this. We hope to have a first draft completed by the end of April. More information in the next edition of Casebook to follow!