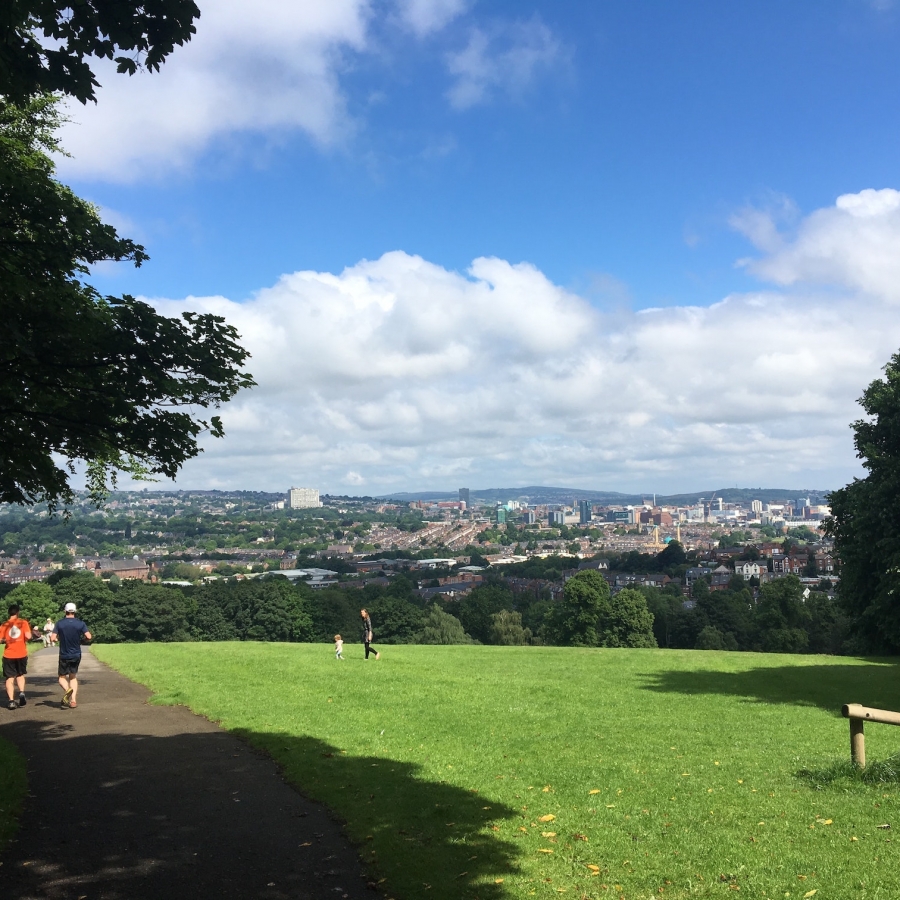 In Casebook this month, green social prescribing, patient records, mandatory covid jabs, health inequalities in rural places driven by covid and the impact of city flight on rural house prices. Plus a bevvy of interesting stuff in “Other Stuff”….

We probably all instinctively knew about the relationship between rural green spaces and health but this article helps to make the link more explicit. It tells us:

The YouGov survey revealed that over one third of British patients want access to mental health services within their healthcare facility, along with three in ten respondents (30%) wanting access to more green spaces.

Over one third (38%) of British patients revealed they would also want access to mental health or counselling services in their GP practice or healthcare clinic.

This aligns with the NHS Long Term Plan which aims to grow and invest in adult mental health services within the community. As the NHS continues to see a rise in the number of people seeking help from mental health services in the wake of the pandemic, this was even more of a priority for those aged 18 to 34, with almost half (48%) citing these as key additions to their local healthcare facility.

One key message from covid has been that the availability of patient records in more flexible formats has helped with the speed and through e-medicine the accessibility of treatment. So whilst on the face of it this article could point to something intrusive my view would be that its part of a very useful new way of thinking about the opportunities digitalisation gives us to enhance the way we support people, particularly in rural settings. This article tells us:

The GP records of England’s 61 million NHS users are set to be gathered into a new database which third parties will be able to access. The new data-sharing scheme, called General Practice Data for Planning and Research (GPDPR), will “pseudnoymise” the patient data it collects and shares. NHS Digital claims this will mean the data will remain confidential when it’s accessed by academics and the healthcare industry for use in research and health planning.

People have until September 1 to opt out of the scheme. If they don’t, it won’t be possible to remove their information from the database. That information amounts to a considerable volume of sensitive personal data, including information about physical, mental and sexual health, the staff who treated the patients, and data on sex, ethnicity and sexual orientation.

Supporters of the initiative believe the database will be of “incalculable medical value” and will help advance our understanding of medical issues. Critics see it as a “data grab” taking place under the cover of a pandemic, with one academic labelling the scheme’s guarantees of anonymity “worthless”, given how easy it is to identify people via their medical histories.

The initiation of the scheme has already been delayed by three months following a backlash from privacy campaigners, some of whom are now threatening legal action against the government. But if this initiative is to go ahead at all, officials must address critical concerns around privacy, consent and transparency, especially seeing as the NHS has a history of poorly-communicated and controversial data-sharing initiatives in the recent past.

Controversial but a huge issue in rural care settings this article identifies that having the vaccine is to become mandatory for care workers. We already have significant challenges linked to the overall supply of labour in rural care so it will be interesting to see how this plays out.

Covid vaccinations are to become mandatory for care home staff under plans to be announced by ministers, as they consider extending the move to all NHS staff.

The controversial measure sets up a likely battle with staff in both services and could lead to the government being sued under European human rights law or equalities legislation for breaching the freedom of people who work in caring roles to decide what they put into their bodies.

The Guardian understands that ministers will confirm they are pushing ahead with compulsory vaccination for most of the 1.5 million people working in social care in England, despite employer and staff organisations in the sector warning that it could backfire if workers quit rather than get immunised. Under the plans those working with adults will have 16 weeks to get vaccinated or face losing their jobs.

The government is also keen to make it mandatory for the 1.38 million people who are directly employed by the NHS in England to get vaccinated against Covid-19 and winter flu – proposals that have already been criticised by groups representing doctors, nurses and other staff.

The Department of Health and Social Care (DHSC) will in the coming days launch two separate consultation exercises into making Covid and flu jabs mandatory for NHS staff. But ministers including the health and social care secretary, Matt Hancock, believe the arguments in favour of protecting patients from potentially infectious staff now outweigh those that allow health workers the right to choose whether or not to have either immunisation.

I think this article gives much food for thought in terms of rural places and particularly in relation to our high proportion of older residents. It tells us:

Public health experts trawled through data from nearly 70,000 people enrolled in 12 major UK studies that surveyed the population before and during the epidemic. They found evidence for widespread inequalities, with disadvantaged groups often facing the greatest disruption to their medical care.

“Many of the people who report experiencing the greatest healthcare disruption often had poorer health prior to the pandemic,” said Vittal Katikireddi, a senior author on the study and a professor of public health at the University of Glasgow. “While experiencing healthcare disruption is common across all social groups, our study raises the possibility that the health of the most disadvantaged in society might actually be more impacted by the disruption to the health system.”

He added: “Prior to the pandemic the UK had large health inequalities, with the health of more disadvantaged social groups often worse. This problem had actually been getting worse even before the pandemic and there is a real risk that it could actually get much worse.”

The APPG Inquiry into rural health and care, for which we have been the secretariat, has underlined really strong linkages between housing and health. This article therefore give more than a little pause for thought about the impact of housing trends on rural neighbourhoods in terms of both affordable place for health workers to live and the stock of housing for older residents to downsize to. It tells us:

Rural house prices in England and Wales are increasing twice as fast as in cities, triggering a fresh affordability crisis for young people, with hot spots flaring up across the country from Lincolnshire to Lancashire as people seek more space post-pandemic.

Prices are rising 14.2% a year in countryside locations on average compared with less than 7% in urban areas, figures analysed by Hamptons estate agency for the Guardian show. It is compounding existing affordability problems in places such as Cornwall and Devon, but the biggest percentage increases of up to 30% were in Broxtowe in Nottinghamshire, around Lancaster, in Arun in West Sussex and Amber Valley in Derbyshire.

Hamptons said registrations to buy in its rural offices were up by 50% on the same period for 2019, while city buyer registrations rose just 9%.

“People struggle to stay because of the affordability and there is not much turnover of housing,” said Elizabeth Williamson, an independent councillor in Broxtowe, whose three children aged 24 to 30 have have left the area partly due to local housing being unaffordable.

Understanding the impact of covid on rural and coastal communities

Please come along to our next webinar on 7 July from 9-10.30. It has a great panel of experts including:

In addition to the opportunity to share their insights it will be the launch of the new joint community of practice we are planning as part of our MoU with the NHS Confederation.

We’re about to start the process of implementing our rural proofing toolkit in Devon, Lincolnshire and Shropshire. It will enable the organisations we are working with get to the nub of the challenges they face from a rural health and care perspective. If you would like to know more or even possibly get involved please let us know. More details on the toolkit itself are available here.

Following a recent meeting of the Rural Coalition – an interest group of rural organisations with a commitment to social issues the National Centre has provided a detailed briefing to Defra on the top rural challenges in health and care from our perspective.

We recently held a seminar with our partners Cirican on rural health and care at which there was discussion of an impending report on health and care issues in coastal areas which has been commissioned by Professor Chris Whitty – when we know more we will feedback.

Professor John Shepherd has now mapped the distribution of inequality using the UEA spin on the IMD by Professor Andy Jones and Mandy Burke of UEA across three trial counties: Lincolnshire, Norfolk and Devon. Please contact us if you would like to see the work.

The National Centre for Rural Health and Care is pleased to announce its commitment to continue with its research relationship with BGU. After 3 years of successful engagement we have just agreed an ongoing process of joint working into the future.