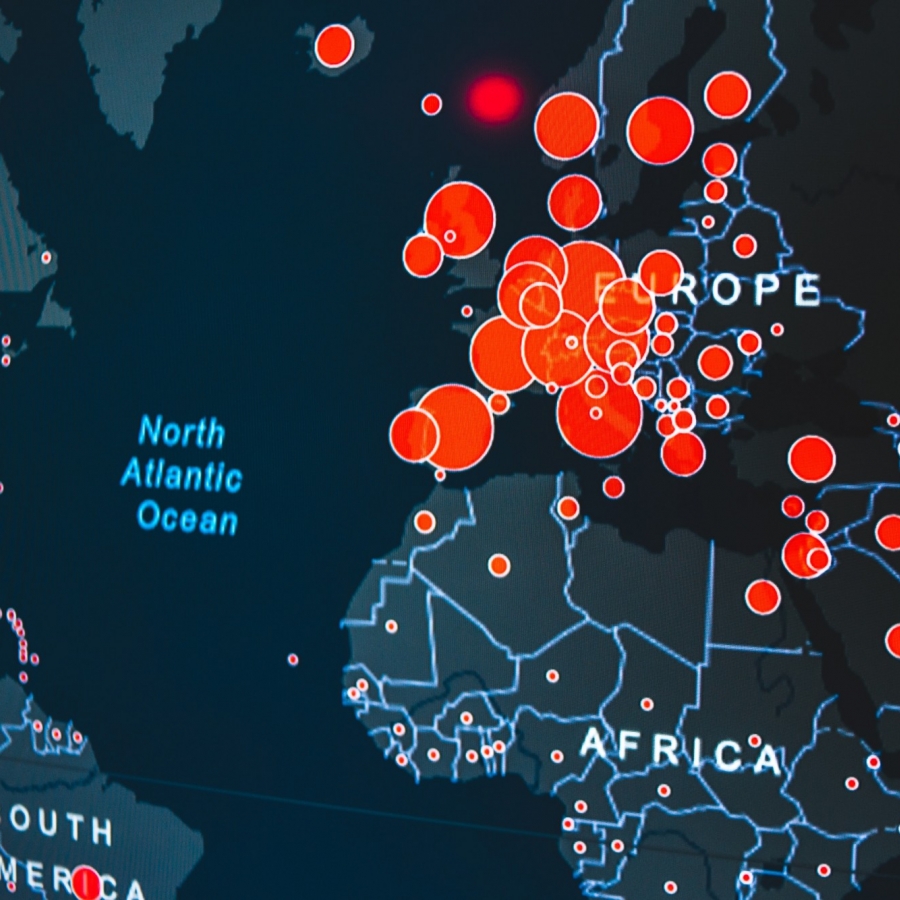 In casebook this month the inevitable bevvy of coronavirus stories as we approach a new easing of lockdown and a listing of the latest direct activities of the National Centre of Rural Health and Care. We also provide you with an invitation to our next seminar on 30 June where you can hear about the work of: the VCS in terms of health and care by Support Staffordshire, the process for helping people to live independently for longer from Alertacall and our progress on the developing of a rural proofing toolkit for health and care in partnership with Rural England.

As things start to settle out and we can begin to see the wood for the trees on coronavirus articles like this give us pause for thought. It tells us:

The UK’s failure to report how many people have recovered from Covid-19 has been criticised by public health experts, who say a huge proportion of cases have remained “invisible” to the health service.

Britain is an outlier internationally in not reporting the number of people who have recovered from Covid-19 alongside statistics on deaths and numbers of identified cases. Chile is the only other nation not to share this information out of the 25 countries with the highest reported incidence.

A failure to monitor those who test positive for Covid-19 outside of hospital has left people feeling unsupported and alienated from the health system, the experts say. There is concern that because the majority of community cases have not been logged in patient records, it will be more challenging to research the long-term consequences of the disease.

Prof Devi Sridhar, the chair of global public health at the University of Edinburgh, said: “Not tracking people in the community, for me, [is] so astonishing. These people are completely invisible in the health system.”

I wonder how this factor manifests itself in smaller acute settings in rural places?

Doctors have called for the recommendations of a report into the impact of Covid-19 on black, Asian and minority ethnic people to be implemented immediately.

The British Medical Association said it was "critical" to carry out risk assessments of vulnerable groups and protect them at work.

Racism could contribute to increased risks for BAME groups, the report said.

Commissioned by Public Health England, it has seven recommendations.

Dr Chaand Nagpaul, who chairs the council of the British Medical Association, told the BBC: "It's important we now move forward and deliver those changes because it's the fair and right thing to do for our population."

He said more than 90% of doctors who had died during the pandemic were from BAME backgrounds. Doctors from these communities were also three times as likely to say they had felt pressured to work without sufficient protective equipment, he added.

Some interesting learning from the Isle of Wight underlies the approach emerging here and we shouldn’t perhaps just see the decision to slow track the app as a straightforward failure.

Speaking to the MPs on the Commons science and technology committee, Lord Bethell, the minister for innovation at the Department of Health and Social Care, also said the pilot scheme on the Isle of Wight had shown that people prefer to be contacted by a human being with the bad news, rather than by text message or email.

“We’re seeking to get something going for the winter, but it isn’t a priority for us,” he said.

In response to questions from the MP Graham Stringer, who said that “sounded like an argument against introducing it at all”, Lord Bethell said it was still the government’s intention to introduce the app.

The health secretary, Matt Hancock, said at the start of May that the app would be rolled out nationally in “mid-May”. When asked repeatedly about the delay, the government has insisted it is only a few weeks away.

I have lived almost all my life in rural settings so I ought not to like “townies” but articles like this, which potentially stoke up negative views of those moving to a rural milieu make me nervous. It is one interesting example of the divisive nature of the pandemic.

The 2-metre rule may be about to be diluted in England, but job-hunters and home buyers are seeking a more profound form of social distancing post-lockdown by restarting their lives in less densely populated areas.

A surge in the number of people looking for jobs outside London in the last two weeks has been mirrored by a spike in city dwellers looking for new homes in more isolated locations.

The number of jobseekers wanting to get out of the capital has more than doubled in the last fortnight compared with the same period in 2019, according to the Escape the City careers advisory service. Meanwhile, the proportion of London buyers registering with estate agencies outside of the capital almost doubled in April.

Buyers from Manchester and Birmingham also showed increasing interest in rural moves, according to figures analysed by Hamptons estate agency.

The destinations where London househunters have registered to search in increasing numbers since lockdown include the Sussex beach town of Worthing, Ipswich in Suffolk and Milton Keynes in Buckinghamshire, where populations are at least twice as spread out as in the capital.

The biggest increase was seen by estate agencies in Aylesbury Vale, in rural Buckinghamshire, where in April 2019, only 28% of people signing up for viewings were from London. Since Covid-19, that number has risen to 44%. Its rolling fields are around 30 times less populated than the London average.

This article points to the fascinating tension between science and politics and to me it is not always the scientists who should carry the day. There are some tough trade offs here. If we get a series of second peaks the decision about how to seal off places, particularly if they are in rural settings will introduce still more of such challenges.

In his frequent appearances at Downing Street press briefings, Prof Chris Whitty, England’s chief medical officer, has generally stood quietly as the prime minister, or one of his cabinet colleagues, has defended the government’s handling of the coronavirus pandemic. But there have been instances when Whitty has diverged directly or indirectly from the government line.

On easing the lockdown from 4 July

If people hear a distorted version of what’s being said, that says ‘this is all fine now, it’s gone away’ and start behaving in ways that they normally would have before this virus happened, yes, we will get an uptick for sure.

On 19 March, Boris Johnson said: “We can turn the tide within the next 12 weeks and I’m absolutely confident that we can send coronavirus packing in this country.”

We are going to have to do a lot of things for really quite a long period of time, the question is what is the best package and this is what we’re trying to work out.

A member of the government’s coronavirus taskforce said on 18 April that trials of a vaccine could be done by mid-August.

Until we have those [vaccines], and the probability of having those any time in the next calendar year are incredibly small and I think we should be realistic about that, we’re going to have to rely on other social measures, which of course are very socially disruptive as everyone is finding at the moment.”

Change in messaging to ‘Stay Alert’

Government line: Johnson said it was “not right” that Whitty and Sir Patrick Vallance, the chief scientific adviser, had not signed off the change in messaging from “Stay at Home” to “Stay Alert”.

Neither Sir Patrick nor I consider ourselves to be comms experts, so we’re not going to get involved in actual details of comms strategies, but we are involved in the overall strategic things and we have been at every stage.

Government line: Cummings did not break the lockdown rules when driving his family from London to Durham while his wife had suspected coronavirus and then making a 60-mile round-trip to a beauty spot.

On 28 May, refusing to answer, Whitty said:

The desire to not get pulled into politics is far stronger on the part of Sir Patrick and me than it is in the prime minister.

Government line: it wanted to lower the alert level from four to three.

Whitty rejects lowering of threat level. Explaining the reason it was not lowered, Downing Street said on 2 June:

In terms of the setting of the alert level, it’s ultimately for the chief medical officers, who are informed by the data, which has been collected, collated and analysed by the JBC (Joint Biosecurity Centre).

Government line: the prime minister wants it to be relaxed to make it easier to travel on public transport and boost the hospitality industry.

Those [measures – hand washing, use of face coverings and the 2-metre rule] are going to carry on really for as long as this epidemic continues.

Government line: Johnson says judgments on what could have been done better are “premature”.

I think there is a long list, actually, of things that we need to look at very seriously.

If I was to choose one, it would probably be looking at how we could … speed up testing very early on in the epidemic. Many of the problems that we have had came because we were unable to actually work out exactly where we were.

We’ve had a busy month all summed up at our recent Board and Steering Group Meetings on 16 June. A headline summary of our recent actions is set out below:

Research – We have 4 key projects in train.  They are two action research projects: Dispensing Doctor’s Association research and a novel approach to GP accreditation being explored by Wye Valley NHS Trust.  These are running in parallel with the identification of workforce case studies by the University of Birmingham who the Centre is working with to receive the raw data from their research and the development of a Rural Proofing Toolkit.

Parliamentary inquiry – this is still in train via zoom and the minutes from the last written up session on technology are available (along with the write up of all sessions to date) here.

New Board Members – Professor Sian Griffiths has been appointed to the board of the NCRHC.  She has a distinguished track record in public health and is Emeritus Professor at the Chinese University of Hong Kong.

Seminar 30 June – You can register for our seminar on rural health and care with speakers from: Support Staffordshire, Alertacall and Rural England – book here.