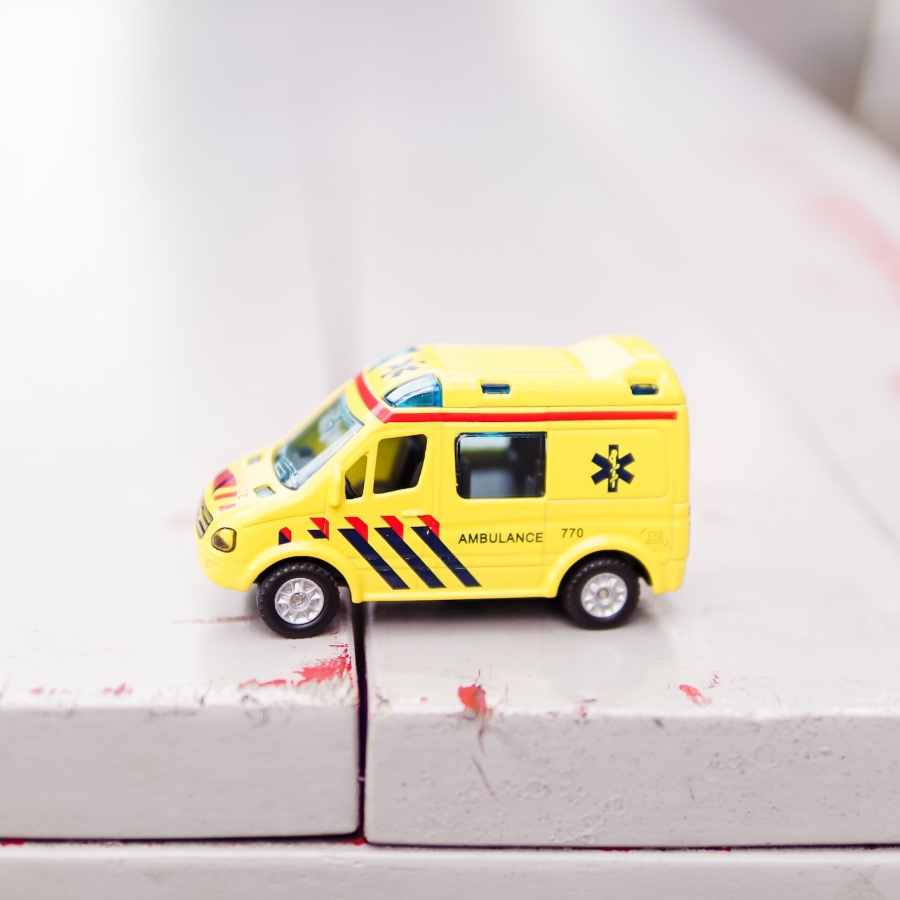 This month a really interesting article about how we can share the pain of key things we might talk to a GP about. I think this is a really interesting approach, which has lots of value added and “group therapy” knitted into it. It’s also a cracking use of time in a hard-pressed service area. This story tells us.

Faced with a wait for a GP appointment, would you choose a group session with the doctor instead? It is an idea some surgeries are investigating.

Demand for appointments increasingly outweighs availability. In recent years, the number of GP appointments has risen by 13%, but GP numbers are up by less than 5%, putting huge pressure on surgeries.

In addition, many of us are living longer and with multiple long-term conditions, which can make consultations extremely complex.

The traditional one-to-one 10-minute appointment is arguably no longer fit for purpose.

With no promise of increased funding, or a substantially increased GP workforce, primary care teams have to find innovative new ways of delivering routine care in general practice that simultaneously save time and improve quality.

One such practice is Parchmore Medical Centre in Thornton Heath, Surrey.

Anthony is a patient there. He says: "I've passed that magical age of 50 and got a call from the GP. I've got some weight issues and some blood pressure issues, so it's time to do something."

He had come in for an appointment - but one with a difference. Instead of the usual 10 minutes, he was going to have an hour-and-a-half with his GP.

But he would not be seeing the doctor alone; he would be sharing his appointment with six other patients.

They all have weight issues and/or pre-diabetes. There were seven present at this particular consultation, but as many as 15 can attend.

In terms of A&E pressures the lack of staff at a number of smaller acute rural trusts clearly drives this difficult agenda. This story tells us

Patients needing emergency care have faced a "miserable" time, doctors say, as data shows record-long delays in England in the past month.

Hospitals reported huge pressures in December, with one in five A&E patients waiting over four hours.

A key problem seems to have been a shortage of beds on wards.

Nearly 100,000 of the sickest patients were forced to spend over four hours on trolleys and in corridors after their time in A&E as beds could not be found.

Delays were also experienced by those brought in by ambulances.

One in six crews had to queue outside A&E units for more than 30 minutes, waiting to handover patients to hospital staff - the target is 15.

Royal College of Emergency Medicine president Dr Katherine Henderson said: "The NHS is struggling to escape its spiral of decline.

"This will have been a miserable Christmas period for many patients and staff alike."

NHS medical director Prof Stephen Powis said it had been a "very busy" period, compounded by an earlier outbreak of flu than had happened in previous winters.

He said the health service was looking to recruit more staff and open more beds to help relieve pressure in the future.

In the meantime, hospitals have been forced to take emergency steps to relieve pressure.

Many have postponed routine operations to try to free up space.

One in four young people with mental health referral 'rejected'

I know from a dialogue with colleagues in several rural counties that the issue of mental health referrals is particularly acute in rural settings. This story tells us:

One in four children and young people referred to mental health services in England last year were not accepted for treatment, according to data, raising concerns that many are still failing to get vital support at an early stage.

Research by the Education Policy Institute (EPI) estimated that more than 130,000 of those referred to specialist services in 2018-19 were “rejected”, among them young people who have self-harmed, suffered eating disorders and experienced abuse.

According to the EPI, rejection rates have remained unchanged over the last four years, despite government commitments to address shortages in child and adolescent mental health services (CAMHS), including an additional £1.4bn investment between 2015 and 2021.

The research also revealed significant regional variations, with services in London rejecting 17% of referrals on average, compared with 28% in the south, the Midlands and the east, and 22% in the north.

Providers said treatment was not given mainly because children’s conditions were not suitable, or were not serious enough to meet the threshold. The average median waiting time to begin treatment has fallen by 11 days since 2015, but children still had to wait an average of two months.

David Laws, EPI’s executive chairman, lamented the lack of progress. “Young people continue to be deprived of access to specialist mental health treatment, despite the government claiming significant investment in mental health services over the past five years.

This is an absolute tragedy and exacerbated by the fact that (as demonstrated by Joseph Rowntree Foundation) it already costs more for people to live in rural settings. This story tells us:

Almost 2,000 terminally ill people struggling to claim benefits in Britain have died while waiting for a review promised by the government, a charity estimates.

The government promised to review the benefits system for terminally ill people last July after charities said it was not fit for purpose in a damning parliamentary report.

Marie Curie based its estimate on data from the Department for Work and Pensions (DWP), which the charity said shows an average of 10 people a day died while waiting for a decision on their personal independence payment (PIP) claim over a five-year period.

Then work and pensions secretary Amber Rudd said claimants near the end of their lives deserved “a fresh and honest evaluation” of the system.

She said no one should be suffering “unnecessary hardship” after charities told MPs the struggle to access benefits was making people’s lives a “total misery”.

Training for and completing a marathon improves the health of a new runner's arteries, cutting about four years off their "vascular age", a study suggests.

Over six months of training, their arteries regained some youthful elasticity, which should reduce the risk of heart attacks and strokes.

And their blood pressure fell as much as if they had been prescribed pills.

Those who were the least fit beforehand appeared to benefit the most.

And smaller amounts of aerobic exercise are likely to have a similar effect, according to the British Heart Foundation (BHF), which funded the study, in the Journal of the American College of Cardiology.

It took them between four and a half and five and a half hours, on average, to run the 26.2 miles.

Runners with a pre-existing but undiagnosed heart condition have died attempting marathons - but this is very rare.

"But for most people, the benefits of taking up exercise far outweigh any risk."

Our programme of seminars for 2020 is now largely complete. We have a meeting in Northallerton on Barriers to Access – Connectivity and rural transport on 15 January. I know this is super short notice but you are very welcome to join us its at the offices of North Yorkshire County Council from 11.30 to 2.30 with lunch!

Our second seminar is in Stafford at the Borough Council Offices on 24 of February – a bit more time to put this in your diary! We have presentations from the VCS sector on their role in supporting an inclusive rural health and care agenda and from Rachel Robinson the DPH at Shropshire about the way rurality impacts on the public health function. Timing is 11.30 – 2.30 and you can book by contacting events@sparse.gov.uk

Progress with this is good. We had our first Steering Group meeting on 8 December in London. We hope to be able to identify some areas which would be prepared to pilot the effectiveness of the toolkit after Easter. If you would be interested to learn more please contact me at Ivan.Annibal@roseregeneration.co.uk

Kay Purle our research lead has profiled some useful funding opportunities for you to consider this month. She is gradually working her way through a wide list of relevant sources of support and for this month she suggests:

If you’d like to come along to observe and offer your views please drop me an email at: Ivan.Annibal@roseregneration.co.uk

Rural Mental Health has been identified by the National Centre Membership as a key priority.  We are holding a teleconference to explore how we can work together to develop a rural overview of the issues. This is being coordinated by Kay Purle our research lead. Its on 3 February and you can join by zoom. If this is of interest please let me know and I can arrange to send you an invitation. Email me at Ivan.Annibal@roseregenration.co.uk

Just to remind you that we have ongoing research in relation to:

Challenges facing Dispensing Doctors with a lead from DDA working with the University of Exeter.

Community pharmacy based on enhanced first aid offered through pharmacists – based on a collaboration between Lincolnshire LIVES First Responder Service and Lincolnshire COOP’s Pharmacy.

Liz Price from the University of Lincoln is carrying out a light touch evaluation and will be working with us to offer a dissemination plan in relation to these areas of research over the next 6 months, but if you would like an early indication of how things are going please email me us as the link at Ivan.Annibal@roseregeneration.co.uk

We held a very successful first AGM in partnership with  the RSN in Bayswater on 3 December 2019. You can access the notes from the meeting here:

We also have an impact card setting out the achievements of the Centre over the last 12 months. If you would like some hard copies let me know. It will also shortly appear on the National Centre website.