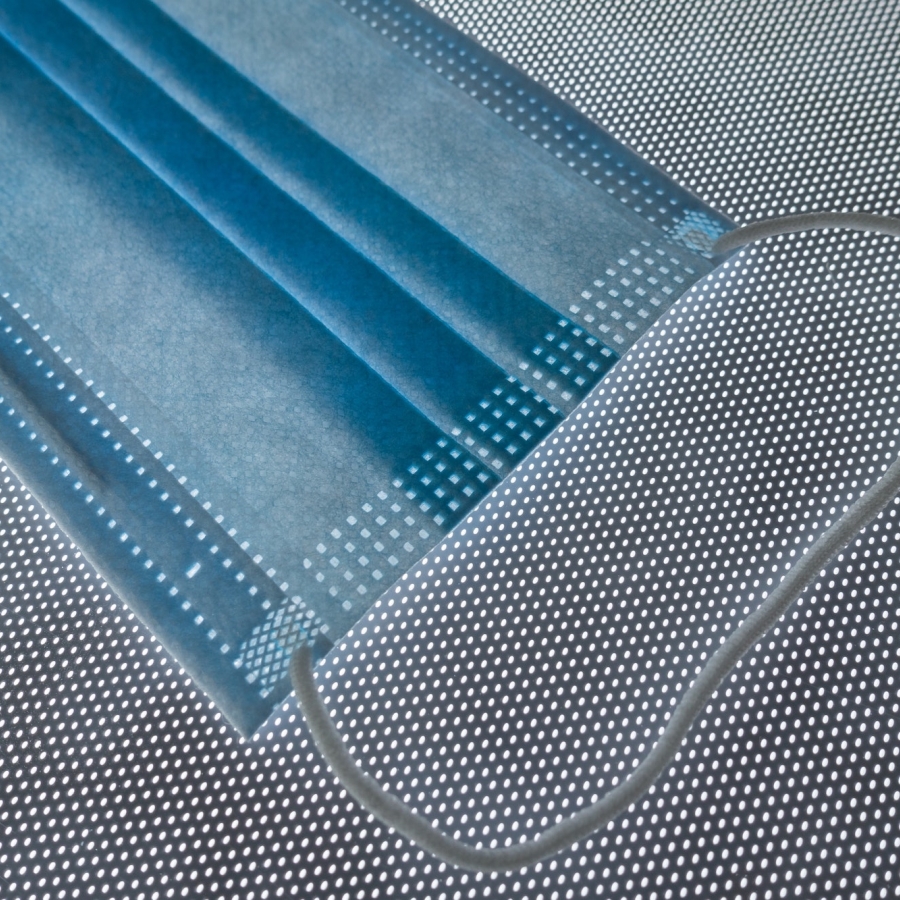 In Casebook this month, changing covid rules, hospital beds, racial inequalities, backlogs, workforce and the publication of our own Parliamentary Inquiry….

Is ending the last Covid rule 'brave or stupid'?

I really don’t know which way to swing on this, what do you think?? Should we be relaxing or shouldn’t we? The article tells us:

With new treatments and a huge amount of immunity in the population, from both vaccination and infection, the risk from the virus is lessening all the time.

Other nations are also relaxing rules around self-isolation. Denmark, for example, now requires people to stay at home only if they have symptoms.

And the Office for National Statistics (ONS) monitoring programme suggests they may even be rising again, with about one out of every 19 people in England positive last week.

Coupled with this is the rise of a sub-variant of Omicron, BA.2, thought to be even more transmissible than the version, first identified in South Africa, that caused the Christmas surge. BA.2 now accounts for an estimated one out of every six infections - a proportion that is growing every week.

This is one of the reasons Prof Paul Hunter, an expert in infectious disease, at the University of East Anglia, was surprised by the announcement on self-isolation.

"At some point, it is going to be the case that all remaining restrictions are dropped, including the need to self-isolate, though I certainly didn't expect that to happen this month," he says.

Prof Hunter would have preferred to wait a little bit longer to see what happens with infections and the sub-variant.

This is a disproportionately huge issue for rural dwellers who have the furthest to travel and the fewest ongoing travel options connected to the A&E experience.

The sickest patients are facing long waits for a bed when they are admitted to hospital in England, NHS data shows.

A third of the A&E patients - 122,000 in total - who were ill enough to need treatment on a ward waited over four hours in January - a record high.

Some 16,500 of them waited over 12 hours - many either stuck on trolleys in corridors or in A&E bays because wards were full.

Doctors warned the situation was putting patients at risk.

These patients are ones who will have already faced a wait to be seen in A&E, but need further treatment because their condition is so serious.

The NHS England figures also showed cancer waiting times have hit their worst level since records began, with only two-thirds of patients starting treatment within the target time of two months following an urgent GP referral.

Meanwhile, the numbers of people on hospital waiting lists for planned treatments has risen to 6.1 million.

Earlier this week ministers set out a recovery plan to tackle the backlog in treatments, which includes people waiting for hip and knee replacements.

They warned the waiting list could keep rising for two years before starting to fall.

Waiting times have worsened in other parts of the UK, with Wales and Northern Ireland data showing even worse performance than England on many measures.

This is a really important report – with implications that we should all take super seriously….

Radical action is needed urgently to tackle “overwhelming” minority ethnic health inequalities in the NHS, leading experts have said, after a damning study found the “vast” and “widespread” inequity in every aspect of healthcare it reviewed was harming the health of millions of patients.

Racism, racial discrimination, barriers to accessing healthcare and woeful ethnicity data collection have “negatively impacted” the health of black, Asian and minority ethnic people in England for years, according to the review, commissioned by the NHS Race and Health Observatory, which reveals the true scale of health inequalities faced by ethnic minorities for the first time.

“Ethnic inequalities in health outcomes are evident at every stage throughout the life course, from birth to death,” says the review, the largest of its kind. Yet despite “clear”, “convincing” and “persistent” evidence that ethnic minorities are being failed, and repeated pledges of action, no “significant change” has yet been made in the NHS, it adds.

The 166-page report, seen by the Guardian, is due to be published in full this week.

From mental health to maternity care, the sweeping review led by the University of Manchester paints a devastating picture of a healthcare system still failing minority ethnic patients despite concerns previously raised about the harm being caused.

The big, but nevertheless important story that failed to knock “party-gate” off its perch….

It wasn’t the sort of coverage Sajid Javid was hoping for. “Is that all we get for £12bn?” thundered the front page of Wednesday’s Daily Mail. The source of its frustration was the health secretary’s admission in the Commons 24 hours earlier that the length of the waiting list for hospital care in England, which now stands at a record 6.1 million people, would continue its relentless rise until March 2024. Javid’s candour came while he was launching NHS England’s “elective recovery plan”, its strategy – endorsed by the government – for addressing and, it is hoped, ultimately reducing that colossal backlog of care. The £12bn a year the forthcoming 1.25% rise in National Insurance will raise via the new health and social care levy will help fund the work involved.

The plan itself is a classically NHS document: 49 pages featuring a blizzard of statistics, examples of hospitals using innovative ways of reducing patients’ waiting times for care and a raft of detailed proposals aimed at “increasing health service capacity ... prioritising diagnosis and treatment ... [and] transforming the way we provide elective care”. However, the bits of most relevance – politically for ministers and practically for patients – are the targets setting out when indecently, sometimes dangerously long, and historically unprecedented, delays for treatment – for new hips and knees, cancer care, heart operations and much else besides – will finally end. Under the NHS constitution patients have a “right” – now often merely theoretical – to receive such care within 18 weeks.

The key targets – which are really just aspirations – include ensuring that by July no one has been waiting more than two years, 18-month waits are eradicated by March next year and one-year waits – 306,996 patients have recently faced a delay of that magnitude – banished by March 2025, and that the waiting list starts shrinking by March 2024, two months before the next election.

This is a really thoughtful letter about the challenge of increasing workforce skills from a rural practitioner. It tells us:

Prof Rachel Jenkins’ letter (9 February) advocates for the expansion of medical school places in the UK, and this should indeed be a priority to preserve the medical workforce of the future. But since 2010, medical student numbers have increased by 31% – with only a 0.4% increase in positions for the clinical academics who train them.

Besides university staff and infrastructure, medical students require the support of junior doctors in their workplace-based placements. But this is impossible to provide, with increasing numbers of students on the wards coupled with the pressure on service provision. As a doctor in her first year of practice, I am dismayed to have to turn students away, but I am aware that they often do not have the support on the ward to achieve their curriculum outcomes.

We do medical students, junior doctors, medical academics and ultimately patients a disservice when we use medical student places, and the funding for them, as the only measure of the quantity of high-quality medical education that is able to be delivered in the UK.

Just one theme this month – the Parliamentary Inquiry report. We were delighted to have approaching 150 virtual guests with the keynote provided by Sir Chris Whitty.

Here are some hyperlinks to different aspects of the coverage:

Chaired by Anne Marie Morris, MP, the Inquiry was set up just prior to the Covid-19 pandemic to identify and ultimately address inequalities in rural health and care.

Stark levels of health inequality between rural and urban areas

In addition we also achieved exposure of BBC Farming Today.

We also issued the post event press release which is set out in edit form below:

The Levelling Up White Paper follows hot on the heels of the Inquiry into Rural Health and Care, launched on 1st February.  This highlighted the various significant problems experienced by many rural citizens in accessing health and social care services.  The Inquiry Report also emphasised the many factors that contribute to these access problems, ranging from poor digital connectivity to lack lustre public transport services.  The funding of health and care in rural areas, in addition to poor community infrastructure, is at the heart of healthcare disadvantage.

At the launch event Professor Sir Chris Whitty, The Chief Medical Officer for England commented “The health challenges of rural areas are distinct from those of urban areas, and they've received much less attention than they should have. So, I'm extremely grateful to the authors of this report, and those who've promoted it after doing so”.

‘Healthcare is often viewed somewhat inappropriately as a cost.  In truth, health and wealth are indivisible.  Poor health is undoubtedly a cost to society.  However, good health is an economic asset, contributing to improved productivity and a more efficient economy.   What is more, economic improvement is fundamental to better health.  It is a virtuous circle.  Better health contributes to economic improvement and in turn a more vibrant economy leads to improved health outcomes.’  It is a classic ‘win-win’ scenario. This point is recognised in the Levelling-Up White Paper which says “The UK Government’s goal is to tackle the stark disparities in health outcomes across the UK, ensuring people have the opportunity to live long, healthy lives wherever they live. Better health improves productivity and well-being”.

Reaction to the Report

Described by international observers as the most comprehensive review of its kind, the three-year Inquiry into Rural Health and Care, published by the National Centre and the All-Party Parliamentary Group (APPG) at the beginning of February, has been received to widespread acclaim.

“This report identifies what many health leaders continue to tell us about the additional pressures experienced by health and care services in rural parts of the country.

“Filling workforce shortages is a particularly significant challenge facing rural healthcare services, which at its worst can add to waiting times, limit the breadth of services available locally, and lead to some people having to travel further to seek treatment.

“While the introduction of statutory integrated care systems and the development of primary care networks will hopefully lead to improvements and allow healthcare planning to take place across bigger regions, there are still around 93,000 vacancies, which will take time and resource to fill. A detailed and fully costed workforce strategy is urgently needed.

“NHS leaders are committed to working together to tackle these challenges but if the Government is serious about levelling up the country, it cannot overlook the deep-rooted disparities between rural and urban healthcare provision and patient experience.”

Commenting on the Inquiry Overview, the director of policy and strategy at NHS Providers, Miriam Deakin said:

“We welcome this report, which highlights the importance of understanding the distinct needs of rural areas, and ensuring structural, operational and financial challenges are taken into account in regulatory frameworks.

“This report reflects the complexity and diversity of the communities the trust sector serves, with rural areas facing unique challenges and opportunities, and requiring unique solutions.

“Delivering care across geographically dispersed communities is challenging for trusts across all sectors: whether large acute hospitals with isolated sites serving rural communities, ambulance trusts with large distances to cover or community and mental health trusts with a number of smaller settings based in rural areas.