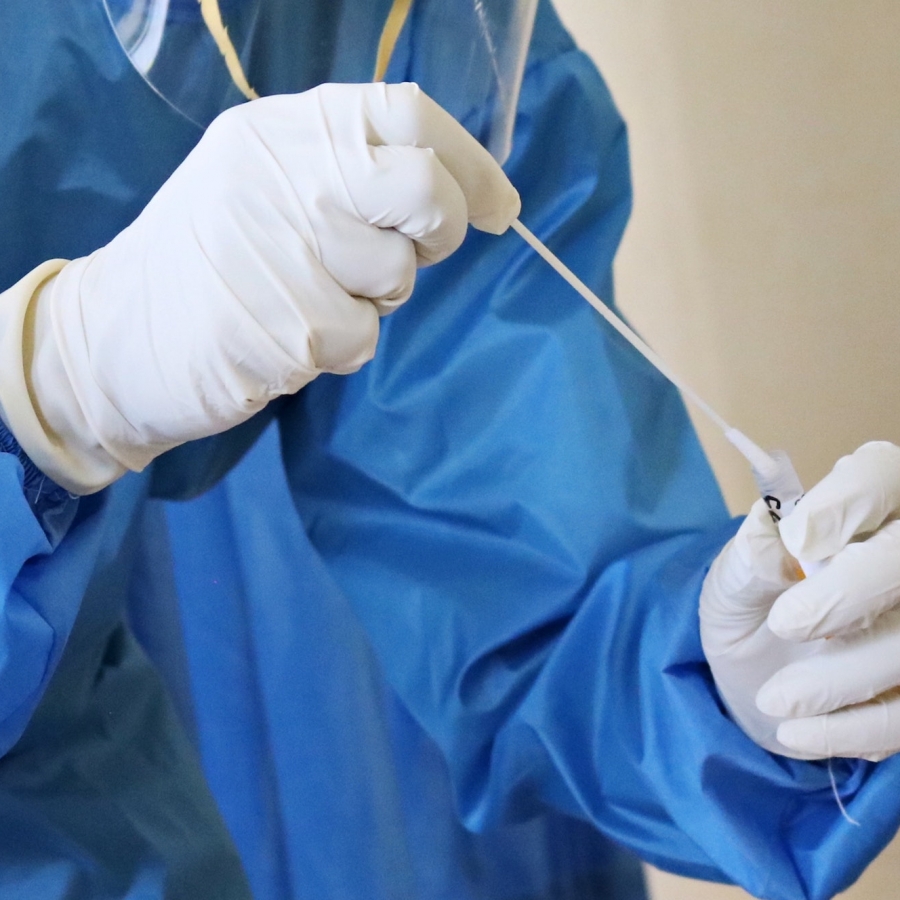 A busy few weeks for National Centre as profiled in “Other Stuff” below. We also have stories about mental health, financial prescribing, vaccines, mis-information and variants. Please read on!

Our good friend Jim Hume of Support in Minds Scotland has been talking about the rural characteristics of this for some time. This story from Northern Ireland but which is more generally applicable tells us:

Mental health problems associated with the Covid-19 pandemic are "likely to be profound and felt for many years".

That is according to a newly-published research paper on suicide from the Northern Ireland Assembly.

It said there was "emerging" evidence the mental health of younger people in particular had been "disproportionately affected".

The paper warned, though, conflating declining mental health with suicide and suicide risk should be avoided.

It said to do so could increase the risk of normalising suicidal behaviour.

The paper, produced by the assembly's research and information service, said the "increased mental health burden associated with the Covid-19 pandemic is likely to be profound and felt for many years".

"Restrictive measures put in place during the pandemic coupled with, for example, loneliness, job and income loss, bereavement, and the direct or indirect impacts of Covid-19 has led to increased levels of anxiety and had a negative effect on many people's mental health," it said.

"The pandemic has also been shown to affect subsections of the population differently, for example, front-line workers, those hospitalised by Covid or suffering post-infection, and those with fewer social or economic resources.

"There is also evidence emerging that the mental health of younger people in particular has been disproportionately affected."

Rare blood clots - what you need to know

This is a very illuminating article providing some fascinating and emerging insights – it tells us:

Investigations are taking place into whether cases of a rare type of blood clot are connected to both the Oxford-AstraZeneca and the Johnson and Johnson (J&J) coronavirus vaccines.

The link between the AstraZeneca vaccine and these rare clots - known as CVSTs - is not yet proven, but UK experts say evidence is "firming up".

The Joint Committee on Vaccination and Immunisation (JCVI), which advises how vaccines should be used, is recommending healthy people under 30 be offered a different vaccine.

The Johnson and Johnson jab is not yet available in the UK - although 30 million doses are on pre-order.

However, the rollout in the US, South Africa and European Union is temporarily on hold.

What are CVST clots?

CVST stands for cerebral venous sinus thrombosis. Put simply, this is a clot found in a large vein in the brain.

Blood normally travels through veins from the brain back to the heart.

The CVST clot can block the flow of blood in the brain, reducing oxygen supply and potentially causing damage - stopping the central nervous system from working properly.

Rare clots have also been found in other areas, such as the large veins in the abdomen, in people who have had the Oxford-AstraZeneca jab, and, in a handful of cases, in some arteries (blood vessels carrying blood from the heart to organs).

Why do the clots happen?

No-one is yet sure, but there are certain factors in common.

In the CVST cases under investigation, the patients were all found to have low numbers of platelets - these are blood cells that normally help repair bleeding in the body.

Patients were also found to have a particular antibody (an immune protein that often helps fight against infection) in their blood that activates platelets.

The antibody causes the platelets to mistakenly clump together and form clots, and in turn activates other parts of the body's clotting system.

A combination of clots and low platelets is one of the features doctors are now looking out for.

Scientists think the immune system is essentially misfiring in this situation but there is a lot more that needs to be understood.

In the world of social media there is no story without many associated conspiracy theories. Here are a few of the latest along with an explanation as to why they are untrue!

Lateral flow tests for coronavirus are becoming widespread in workplaces and schools, but viral Facebook posts are incorrectly claiming that they are a cancer risk.

The videos and photos claim that they contain ethylene oxide, a known carcinogen. The packaging for the NHS test kits says "sterilised in ethylene oxide", but this only tells part of the story.

The Department of Health and Social Care told us that while the chemical is used in gaseous form to sterilise test swabs, the amounts used are well within safety limits and are "rigorously tested and are safe to use on a regular basis".

A blog post claiming that rates of miscarriage "as a result" of receiving a Covid-19 vaccine have increased by 366% has been shared widely on social media.

There is no evidence that Covid-19 vaccines can increase the risk of miscarriage.

The figures used in the blog post are a distorted interpretation of data from the yellow card scheme of the UK medicines regulator, the MHRA. The scheme allows health professionals and the public to report medical incidents or suspected side effects of medicines, so that their quality and safety can be monitored and very rare side effects picked up.

Data showing a miscarriage occurred after a vaccine does not mean that the two events are linked.

A recent cause taken up by anti-vaccination activists concerns the spread of new coronavirus variants.

Many referred to statements published by Geert Vanden Bossche, a Belgian veterinarian and vaccine researcher.

He says he supports vaccines, but in a series of letters warns about the dangers of Covid-19 vaccinations, which he says risk creating new variants of coronavirus that may "result in a global catastrophe without equal".

The World Health Organization says that as more people get vaccinated it expects "virus circulation to decrease, which will then lead to fewer mutations."

All viruses mutate as they make copies of themselves to spread and thrive.

Viruses do this in different ways, including while inside the bodies of people who have already been vaccinated but who are still developing an immune response. This may drive the virus to evolve to escape the effects of such immunity.

Scientists are studying whether the vaccines still work against new strains of the virus and from where such mutations come.

GPs to prescribe financial advice to patients with long-term conditions

We need this scheme in rural settings as well as urban settings. This story tells us:

GPs are to prescribe financial advice sessions for patients as part of a pilot scheme to help people with long-term health conditions.

Under the scheme in the London boroughs of Lambeth and Southwark, doctors will send patients to see financial support link workers, who will help them claim benefits, obtain grants for essential items and deal with debts.

The groups behind the programme, Impact on Urban Health and the Centre for Responsible Credit, said in a report that there was a “reciprocal relationship” between financial health and multiple long-term health conditions, and that those who shaped healthcare policy should take a “much wider” view of public health.

Kieron Boyle, the chief executive of Impact on Urban Health, said: “People’s finances and health are connected: debt, money worries and financial insecurity can have a profound effect on our physical and mental health.

“This is especially the case in ‘cliff edge’ moments such as unexpected bills or delays in income.

This story simply remind us that we are not out of the woods yet. It tells us:

There is not yet enough data to classify it as a "variant of concern", a leading scientist has said.

But Dr Susan Hopkins of Public Health England said some cases had been found in the UK that were not linked to travel, with their origin now being investigated.

More than 70 cases have been identified in England and Scotland.

It is also too soon to decide if India should be put on the government's travel "red list", Dr Hopkins said.

On Sunday the UK recorded 1,882 new coronavirus cases and 10 deaths within 28 days of a positive test, according to the latest government figures. The number of deaths recorded at weekends tends to be lower because of reporting delays.

We had a successful AGM on 17 March – it was followed by our Steering Group and Full Board Meeting.

The Parliamentary Inquiry has now concluded and we anticipate having a first draft ready for internal consultation by the end of May with full publication planned for the early autumn.

We have made considerable progress in looking at the application of the University of East Anglia re-spin on the English Indices of Deprivation to recognise the impact of rurality in more detail. We have maps showing the distribution in terms of the worst two deciles for Devon, Norfolk and Lincolnshire. We are having a test discussion on 22 April and more information on the development of our involvement with the index will follow.

We are currently developing an action learning set to look at the on the ground application of the rural proofing toolkit. We have interest from a number of localities and would be really interested in hearing if you might like to learn more or get involved.

We are currently running a rural analysis of the NHS White Paper in conjunction with the Rural Services Network and will publish our analysis in early May.

We are thrilled to have agreed a Memorandum of Understanding with the NHS Confederation. This will involve amongst other things a “kick off” seminar and a community of practice for rural practitioners. If you would like to get involved please let us know.